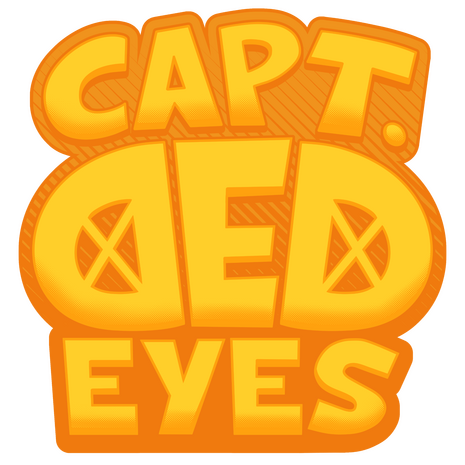 DM me on social media or email me at
[email protected]

Payments will be made through a PayPal invoice

Donate or get a Captain's Special commission at Ko-fi

• Prices are $USD. It must be paid upfront in a PayPal invoice with fiat currencies only (USD, EUR, GBP, etc.). Tips are optional.• I reserve the right to decline your commission pitch for reasons explicitly mentioned in the TOS or not.• Please send any reference images for your characters, poses, personalities, environments, expressions, styles, themes, etc. It just makes my job easier.• I'll charge $10 extra or more for any major overhauls made in the line art stages or later.• Refunds are only allowed during the development of the commission. Should it happen, I will halt all progress made on it.• The buyer does NOT have the right to claim ownership of their commission. Completed commissions are for personal use only, except for Logo commissions. The only public place I'll post finished commissions is on social media, so please let me know if you want your commission to be private or anonymous.• The buyer does NOT have the right to use their commission for any commercial value or monetary gain including advertisements, merchandise, blockchain projects, etc. Logo commissions do not apply to this rule. If it is NOT a Logo commission, then you MUST discuss it with me, as it will come at an extra cost.DM me on social media or email me at
[email protected]Donate or get a Captain's Special commission at
ko-fi.com/captdedeyesContribute to my Patreon campaign at
patreon.com/captdedeyes 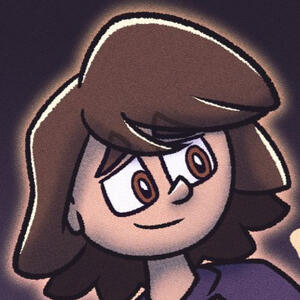 You may have known me under different pseudonyms, but I have always strived to be a fun goofball.I am an illustrator, video editor, animator, and game developer. I have a Bachelor's in Design & Production.My current plan is to pursue a career that can utilize the skills that I'm the most experienced in.Contact me at
[email protected]

Here's some things I've been interested in for a long time:

Can I use your artwork as a profile picture on social media?

Yes, as long as you credit me by listing my username (@CaptDedEyes) in your bio.

Can I repost/share your artwork or video on another site?

I am against the general practice of reposting content, especially on big sites like Facebook, Instagram, Twitter, Tumblr, TikTok, YouTube, iFunny, or any other site with an enormous presence.
However, I am aware that there are niche social media sites or communities that are not as well known, so please ask me first before you share it on there.

Can I share the link to your artwork or video on another site?

Absolutely! Unlike reposting content, sharing links to my content is fine because it directly connects people to it.

What tools/software do you use for digital art?

I don't do things for free, bucko. Much less for any of the thousands of followers that I don't know on a personal level. If you want a surefire way of making me draw something (within reason) then be ready when my commissions open to the public!

I don't know where I stand on this, but yea! I'm somewhere within the ace spectrum!
I felt miserable after desperately seeking relationships. I felt even worse when I later developed an unhealthy relationship with NSFW conten and started a growing distaste with heavy sexual themes. So I eventually realized that none of that was for me. It kind of felt like a relief that I didn't need to depend on that kind of content anymore.
Because of this, I now value having good friends instead of seeking serious relationships all of the time.
Now, while I know that I don't value sexual relationships, I don't know if I still value romantic relationships?? 🤔

What the hell is asexuality?

Asexuality generally means that you have little to no sexual attraction to anyone. However, it's more of a spectrum that can fit alongside other sexualities/attractions when you consider things like the split-attraction model and specific identities. Some good starting points to look into would include AVEN or The Trevor Project.

What's up with your pronouns/gender?

I'm in the process of figuring out how I want to present myself as a non-binary person, so please let me take my time because I WILL need it.
In the meantime, please refer to me with they/them pronouns.

How do you make those Trumpet Boy videos?

It's a long-winded process. What basically happens is that when I have drawn all of the characters, I "animate" a screen recording of each character's sprite (by messing with the transformation tools lol) on Photoshop with a green screen layer.
Then I'll gather all of those clips and string them together in Final Cut Pro to apply chroma-keying. I'll usually "bake" the scene at least once by exporting the raw footage and then reimport it to apply special effects and camera movements.

Why did you block me??

I don't do this without a reason, so it's most likely because of the following:

• Racism, transphobia, ableism, or hateful content
Spouting hatred towards these groups is not cool, man.• Alt-right viewpoint
Either you said something in the first bullet point, or you're exhibiting an extremely far-right stance.• Pedophilia/pedo apologist
You're either a legit, proven pedophile or you're a pedo apologist. If not that, then it's possible that I blocked you over suspected pedophilic activity.• Abuse
Either you abused me or somebody else.• Crypto Supporter/Crypto Apologist
I do NOT want to deal with anyone who invests in cryptocurrencies & NFTs or even shows their sympathy towards them.• You blocked me first
As much as I don't like to do it, I would only do this if I discovered by happenstance that you blocked me. I just don't want to be reminded of anyone who's blocked me for any reason.

If I unblock you for some reason, I'm probably giving you the benefit of the doubt.
If you think I blocked you by mistake, then contact me through my email. We can settle it there, but there are no guarantees. 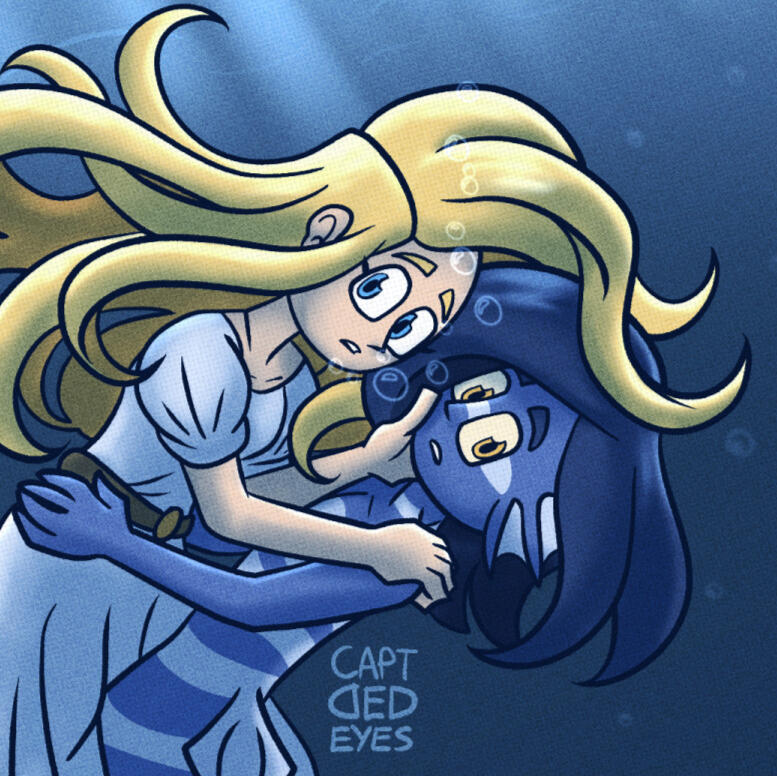 In the summer of 2020, I published a short story webcomic called Daybreaker, which mainly involves a relationship between a human and a mermaid. 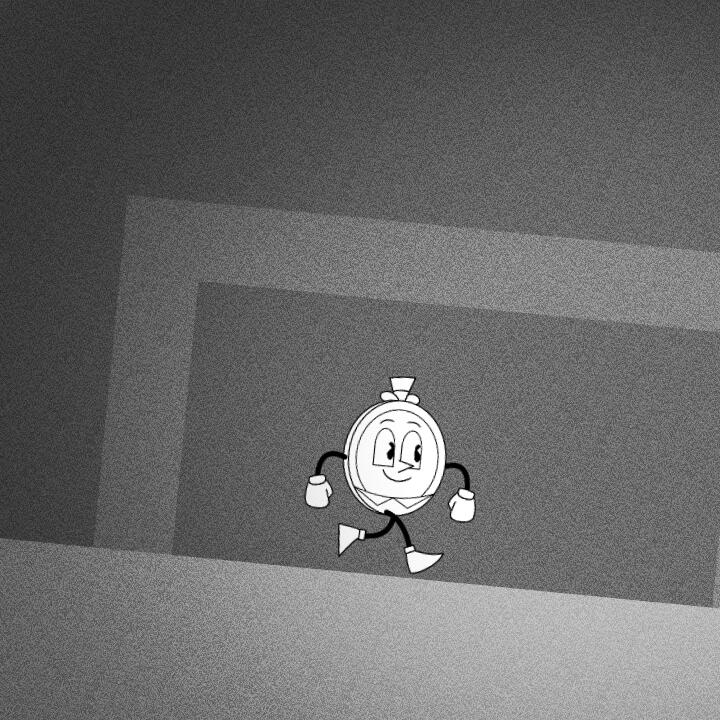 This is a character controller prototype for a narrative-driven 2D platformer. This is only the beginning of what I want to share as a free game should I continue to work on it. 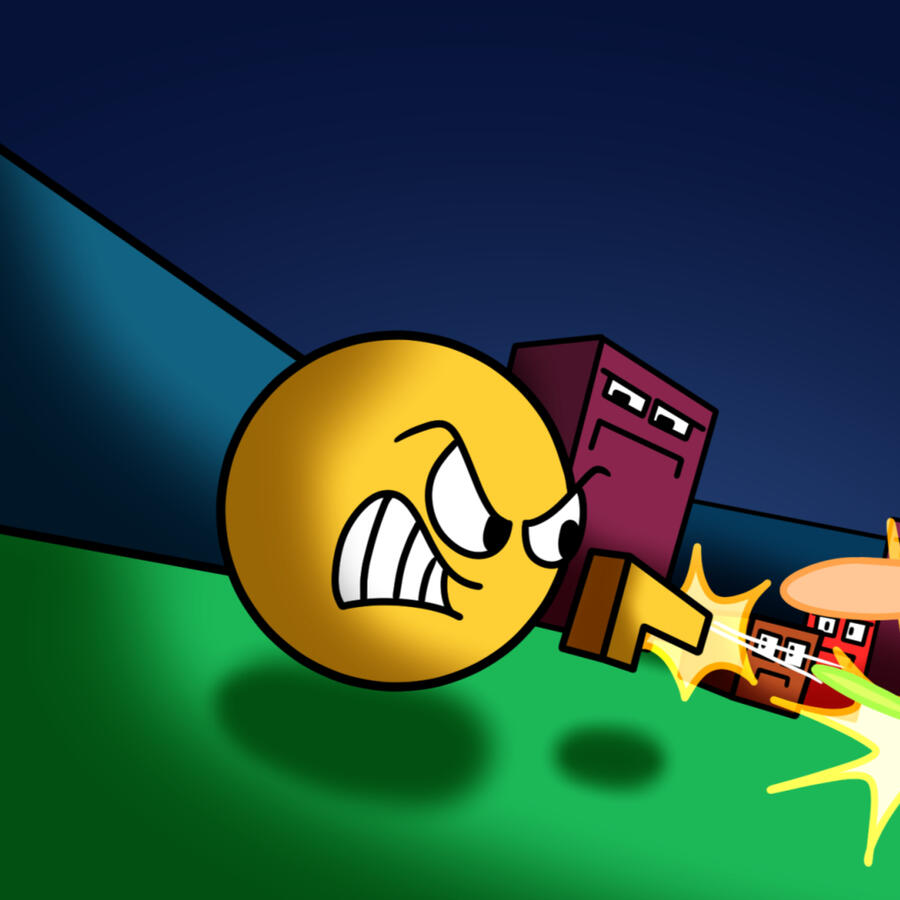 Beware or Be Squared

This is the first full-fledged free game that I've developed! It's extremely simple but fairly easy to get sucked into.